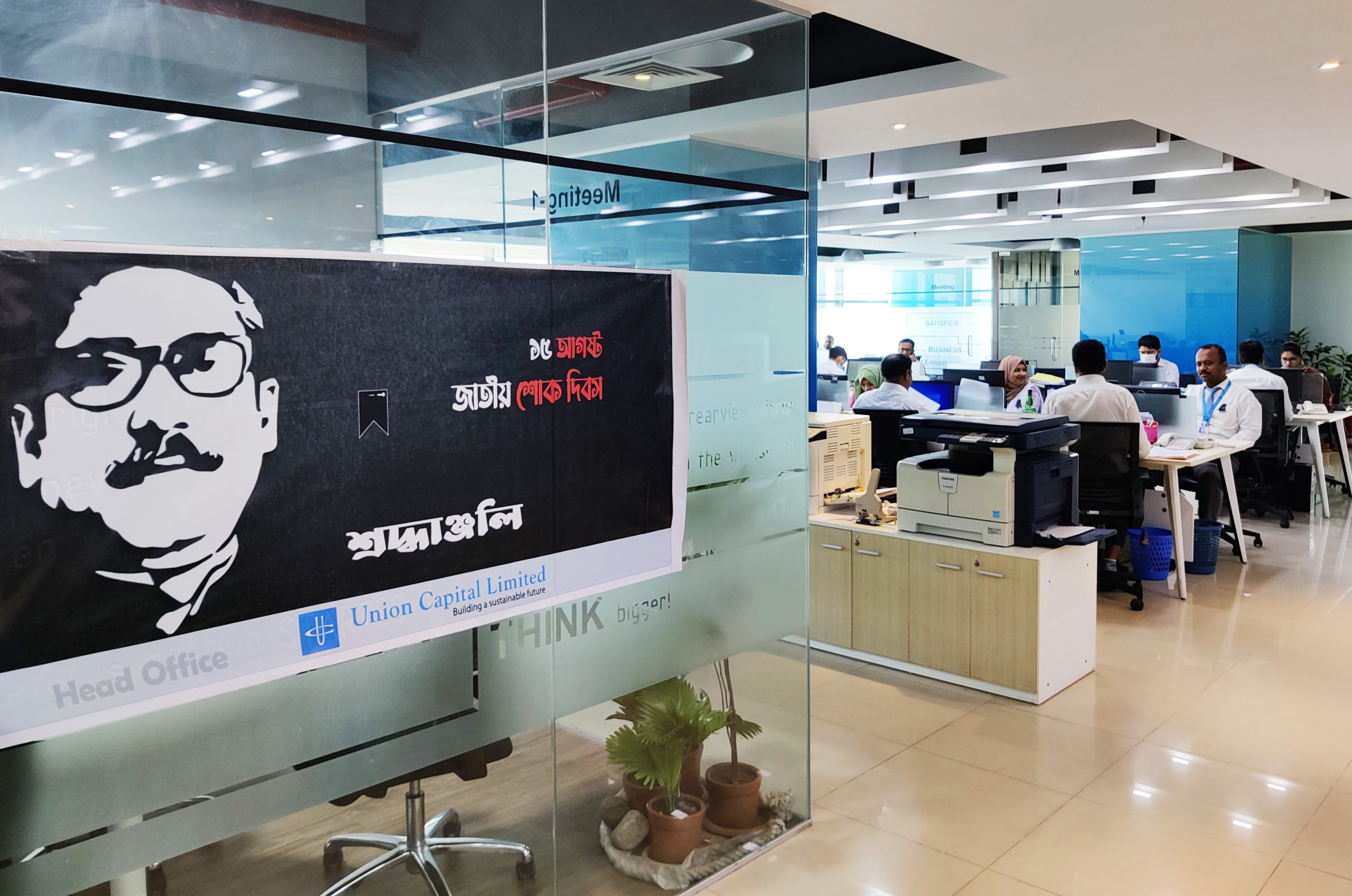 In memorial of the Father of the Nation, Bangabandhu Sheikh Mujibur Rahman and observing the 47th death anniversary of Bangabandhu and National Mourning Day, the Members of the Board of Directors showed in silence for few moments to show profound respect to the greatest leader of the Nation and his family members those were brutally killed on 15 August 1975. The Members of the Board discussed about the life of Bangabandhu and his precious contribution for the Independence of Bangladesh. Besides, the following activities of the Management to observe the 47th death anniversary of Bangabandhu Sheikh Mujibur Rahmanan and National Mourning Day: